Deluxe double LP version of The Upsidedown’s debut album from 2004. Pressed on silver vinyl and packaged in a gatefold jacket.

Press release here! We are very proud of this beautiful record. You can get it today here! 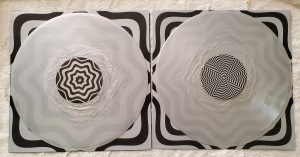 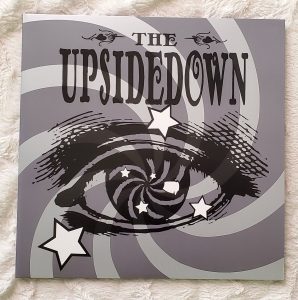 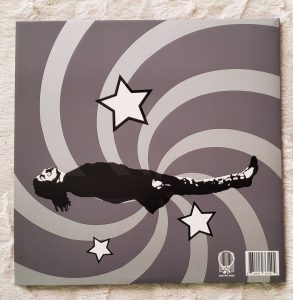 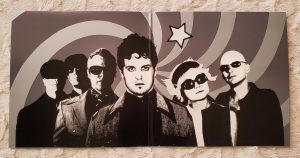 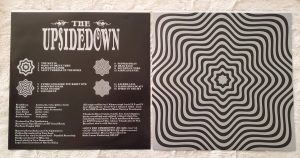 …there is a new release a brewing in December, pre-order available: 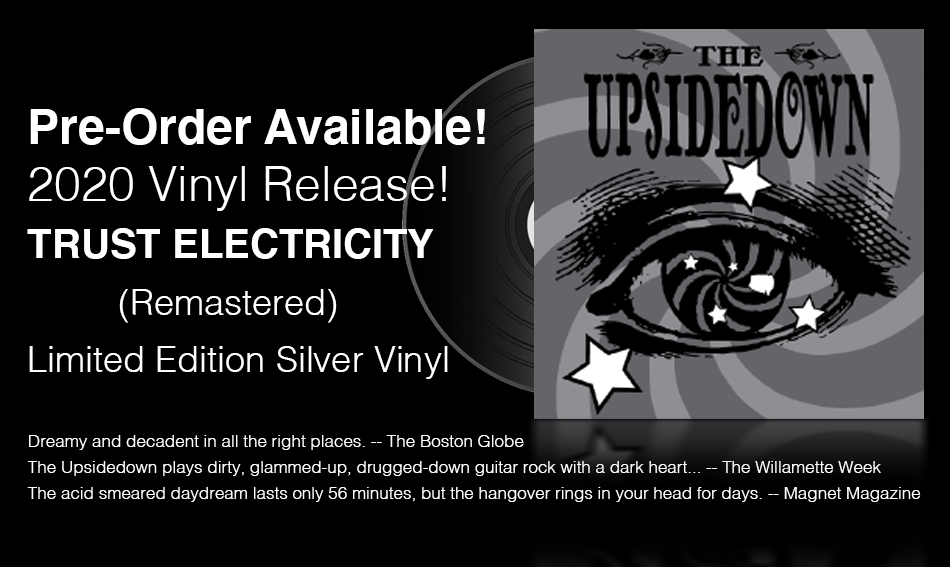 First time on wax! Deluxe double LP version of The Upsidedown’s debut album from 2004. Pressed on silver vinyl and packaged in a gatefold jacket.

Human Destination Vinyl (this is a beautiful record) 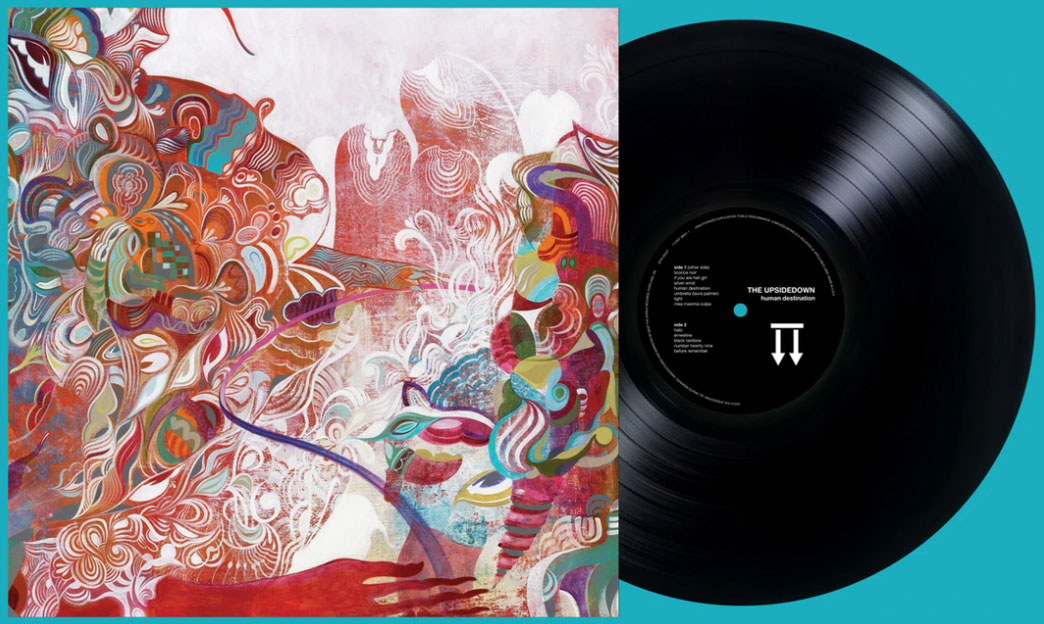 Long before there was Stranger Things, there was The Upsidedown. Little Cloud Records is making it possible on the 10th anniversary of this seminal release to get your hands on The Upsidedown Human Destination LP on vinyl.

A decade ago this album came to life and caught fire leaving a path called “dreamy and decadent in all the right places” by The Boston Globe. Recorded and mixed by Jeremy Sherrer (Modest Mouse, The Shins) at The Dandy Warhols’ Odditorium, this album saw the band supporting acts such as The Jesus and Mary Chain, Black Rebel Motorcycle Club, The Psychedelic Furs, The Dandy Warhols, and playing The Black Angels initial two Levitation festivals along with the likes of The Warlocks and A Place To Bury Strangers.

The Town With Bad Wiring Review from lipmag!
When I started listening to the Upsidedown’s The Town with Bad Wiring for this piece, I immediately thought of shoegazing. I often think that bands who pursue shoegaze music today are ridiculed for trying too hard to be ironic. The other classic criticism is that the music all sounds the same. This is generally true of any sound musical artist, but shoegaze music bears the brunt of the critique because the majority of the sound is low-fi and has a background-music element to it. But, I guess I’m a classicist in that I believe in shoegaze. The genre deserves more respect than that; it is a cornerstone in indie rock.

Luckily for Portland-based the Upsidedown, their expert combination of shoegaze, psychedelic 60s rock and blues is music to everyone’s ears. The band has had several songs appear on highly-rated television shows and are currently signed to the Dandy Warhols’ record label, Beat the World Records, as well as Reverb Records: the home of their newest release, The Town with Bad Wiring, released on 28 September.

The album progresses through multiple genres while still maintaining a shoegaze focus, which is both interesting and refreshing to hear. The first few songs, “Something Good,” “Your Sister’s Cool” and “La Paloma” really recall both the styling and the moodiness of bands like My Bloody Valentine and The Jesus and Mary Chain. With the mellow-but-rocking vibe, the incorporation of many different sounds, the partial instrumental breakdowns and the layered vocals, I could be in England in 1991. “Under” will get its world-wide digital release on August 26th through Portland, Oregon based Reverb Records. The EP features a song by legendary Australian band The Angels (aka “Angel City” in the USA). The Upsidedown’s version of “Am I Ever Gonna See Your Face Again” is a tribute to The Angels’ enigmatic singer Doc Neeson, who died earlier this year. The song will be released on August 26th, a couple of days ahead of the band’s live debut on Australian soil as part of their down-under tour with The Dandy Warhols.

The original version of “Am I Ever Gonna See Your Face Again” was an all-out punk-rock-n-roll brawl of a song, that had Australian crowds taking the song into their own hands with a chorus response of “No way, get fucked, fuck off!!” The Upsidedown of course took their own approach.

Rounding out the EP are demo versions of three songs from their 2004 debut album, which catch the band at their psychedelic and garage band best. The fifth song rounding out the release is a new version of the surreal and MBV inspired “Souldiving,” which originally appeared on an obscure Reverb Records’ compilation from 2002.

The band released their debut album, Trust Electricity, in 2004 on Reverb Records followed by the critically acclaimed Human Destination in 2008, which was recorded at The Dandy Warhols’ Odditorium.  The band’s 2010 release The Town With Bad Wiring was recorded with the Brian Jonestown Massacre’s Collin Hegna at Revolver Studios with guest appearances from R.E.M.’s Peter Buck and Dandy Warhol Peter Holmstrom. Their music has been featured on the television programs True Blood, Sons of Anarchy, The Vampire Diaries, Californication, Life Unexpected, What About Brian, and Trauma with an upcoming appearance on the new Showtime show, Ray Donovan.

The Upsidedown has toured with a few big names in their day, including The Jesus and Mary Chain, Black Rebel Motorcycle Club, The Psyhcadelic Furs, David J, The Decemberists, The Black Angels, The Dears and Spindrift among many others. 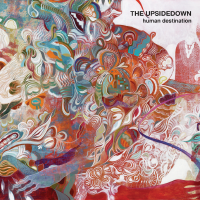 A decade ago this album came to life and caught fire leaving a path called “dreamy and decadent in all the right places” by The Boston Globe.  Recorded and mixed by Jeremy Sherrer (Modest Mouse, The Shins) at The Dandy Warhols’ Odditorium, this album saw the band supporting acts such as The Jesus and Mary Chain, Black Rebel Motorcycle Club, The Psychedelic Furs, The Dandy Warhols, and playing The Black Angels initial two Levitation festivals along with the likes of The Warlocks and A Place To Bury Strangers.

Childhood friends Jsun Atoms (The Bella Low, Daydream Machine, Pete International Airport) and Brett Kron (guitar) had been involved in the Portland music scene since the mid-90s and had always talked about playing together, but it wasn’t until 2003 that they seriously decided to start a band. Finding a cross-national group of transplanted musicians – Matt Moore (guitars, vocals, accordion, harp) and Bob Graham Mild (Souvenir Driver, Daydream Machine, drums), Tristan Evans (bass, vocals) all from different parts of Missouri and Sarah Jane (The Out Crowd, keys, vocals, tambourine) from San Francisco – the six-piece soon began making a name for itself in the Northwest. The press took notice: The Portland Mercury called them a “diligent band that’s been around the Portland block and paid their dues,” Magnet named them a “band to watch,” and they were featured on the 2007 Musicfest NW LP along with artists such as Spoon, The Thermals, and Deerhunter.

With Human Destination, their second full-length, the group was able to truly push, even surpass, the boundaries normally imposed by time and outer forces. At the Odditorium, The Upsidedown found an environment conducive to making a complete, fully engaged record, playful and smart and as energetic as their celebrated live show.  Get ahold of one of these 10th anniversary LP’s and receive bonus digital tracks not on the vinyl.  Only you can light up the world with your light.

Portland’s own The Upsidedown is announcing the release of their famed Trust Electricity album on vinyl with the new music video for their single “Saint Theresa of The Roses” released November 20. Lyrically inspired by the book The Butcher Boy, a 1992 novel by Patrick McCabe, the song infuses hope and changes the negative story of the novel into one of a strange dream.

Drummer from the group, Bob Mild, comments, “One of my favorite songs on the album is ‘Saint Theresa of the Roses.’ Brett had a sample drum beat on an original scratch version that I really loved, and was challenging to perform. I love how it turned out. The sonic ethereal sounds built around that beat, and the beautiful lyrics and melody make it one of the best songs I’ve ever been a part of creating.”